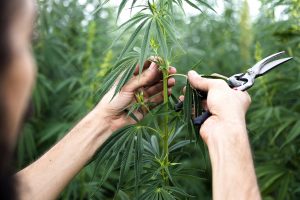 There’s a pervasive myth out there that the marijuana industry is an unregulated Wild West populated by desperadoes and mountebanks out to score a quick buck.

But even a passing familiarity with how the industry operates in states with legal recreational and medical marijuana should be enough to dispel that myth. Marijuana operations are subject to extremely strict licensing requirements and regulatory oversight. Every player in the marijuana supply chain is tightly controlled – from cultivators to retail stores to, yes, the buyers themselves.

In fact, a recent analysis from workers compensation insurer Pinnacol Assurance suggests that the industry’s strict regulatory oversight may also be the reason why it’s a safe industry to work in.

Pinnacol’s analysis looked at Colorado claims data for marijuana workers. There were 350 injuries in 2018, most of which were strains, cuts, and slips and falls. Pinnacol concluded that the industry is relatively safe when compared to similar job-types in Colorado.

In addition to tight regulations, the analysis suggests that Colorado marijuana operators are also increasingly focused on safety and risk mitigation.

But working in marijuana is different from working on marijuana. Working stoned is probably a bad idea. You can read more about marijuana and employment issues here.

What Is Renters Insurance

View All
What Is Renters Insurance

Should I Have Renters Insurance

What Does Renters Insurance Cover